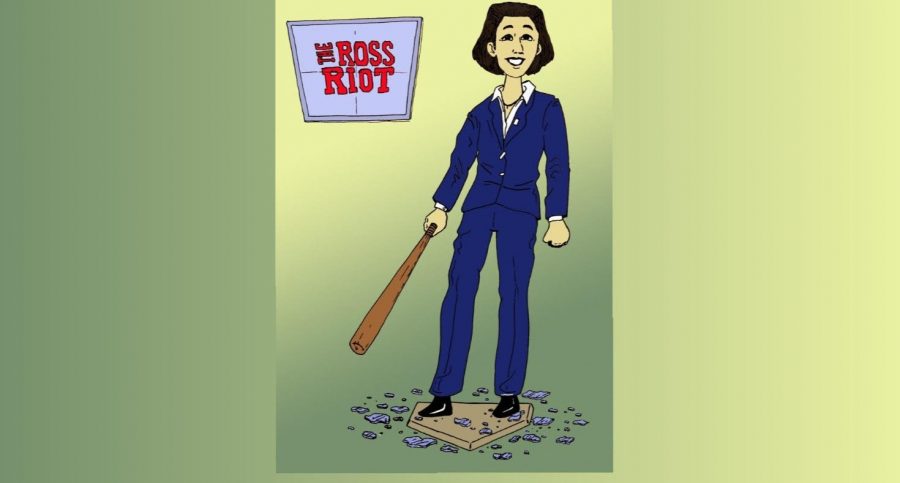 Staffers Madeline Schallmoser and Emma Cho share their thoughts on some of the biggest current news in sports. As hosts of The Omega’s Cubs podcast, The Ross Riot, Madeline and Emma are empowered by the recent hiring of one of the highest-ranking women in professional sports, Kim Ng. CLICK HERE FOR AN AUDIO VERSION OF THIS STORY.

Madeline: Emma, I don’t know about you, but I’ve had my guard up all week long. There’s glass everywhere. Arguably the highest glass ceiling in professional sports was broken Nov. 13 when Kim Ng became the first female general manager in MLB history. Couple that with vice president-elect Kamala Harris’s historic win as the first female on a presidential ticket, and, in the past few weeks, young American girls’ views of the limitless sky above have become clearer than ever.

Madeline: Let’s give this monumental journey some perspective. We both love Theo Epstein. But get this. Before claiming the position of GM, Ng worked in the MLB for longer than Epstein was alive when he was appointed GM of the Boston Red Sox. Nothing against you, Theo. As a matter of fact, let’s take a moment to extend our thanks. You are Windy City Royalty, and you’ll be missed dearly.

Emma: I couldn’t agree more. Theo broke the 108-year-old curse and we all owe him our thanks for making the organization what it is today. But, let’s not get too sappy. While Theo became the youngest GM hire in MLB history with the Red Sox at the ripe age of 28, Ng was 37 years old when she was first interviewed for a General Manager position. And it wasn’t until 15 years and four declined GM openings later that Ng was finally hired by the Miami Marlins last Friday.

Madeline: A huge shoutout to Marlins owner Bruce Sherman and CEO Derek Jeter. As if we couldn’t love Jeter anymore, Mr. November himself played a huge role in Ng’s hire. Not only is Jeter the greatest shortstop to play the game (sorry, Javy), he’s quickly building a resume as the greatest MLB CEO in the eyes of ambitious young girls and female athletes everywhere (notably, also, the first Black CEO of an MLB team).

Emma: All props to Jeter for signing those papers, but let’s not act like they aren’t long overdue. Ng has, as the kids would say, drip. And lots of it… 3 World Series rings, 6 league championship series, and a total of 8 postseason appearances. Throw in 30 years with the MLB, and I think it’s safe to say the lady knows what she’s doing.

Madeline: Not to mention that it all started for Ng in a city that we just so happen to be familiar with. She sewed the seeds for a groundbreaking MLB career as an intern with the Chicago White Sox in 1990. That same year, she graduated from the University of Chicago, where she played softball and was named MVP infielder. Her accomplishments both in the city we call home and the sport we love allow us to see ourselves in Ng. And in that version of ourselves, we see hope.

Madeline: As co-hosts of the legendary Ross Riot podcast, we feel especially touched by Ng’s historic hire. It makes a career in the MLB seem a little more attainable. Neither of us knows exactly what our futures might hold, but Ng’s example certainly makes pursuing this whole baseball commentary thing a heck of a lot more appealing.

Emma: Today, we are especially proud to be MLB fans, and we are more confident than ever that the sport will continue to be the nation’s pastime for all Americans.

Keep up with Madeline and Emma by following The Ross Riot on Spotify, and come back to dgnomega.org for DGN’s latest news.