The silencing of the conservative ideology 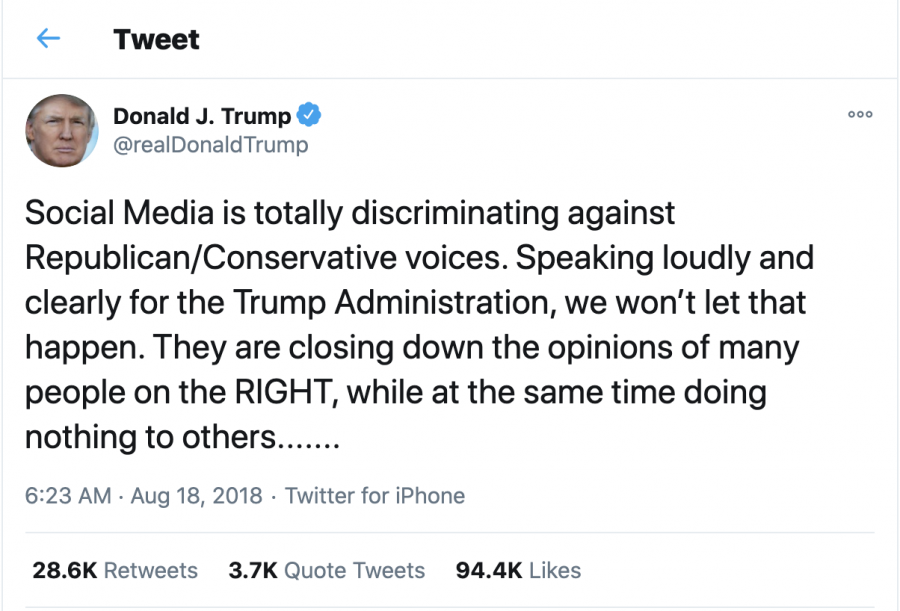 In these times, we have seen the most blatant polarization and intolerance ever displayed among American citizens. Gen Z has developed “cancel culture,” meaning if you express anything deviating from a liberal narrative, you are socially canceled. Conservatives are gas-lighted for their ideology.

Young, impressionable minds are following a mob mentality that is allowing them to exclude anybody that has a difference in opinions. Employees are threatened with job loss, students are being caught up in blatant indoctrination, and Big Tech companies have formed a liberal agenda. We are now succumbing to social cancellation and silencing these voices. Being taught that conservatives are fueled with hate and bigotry because of the actions of our president is simply ignorant. Democracy is being challenged before our very eyes.

There is no doubt that conservatives fear being socially ostracized by their peers and colleagues. In a Hill-HarrisX survey it shows that 78 percent of GOP respondents said that they believe that conservatives have to deal with discriminatory behavior from other Americans.

Censorship has been an issue with Big Tech giants such as Facebook, Twitter, and Google. Twitter has gone to great lengths in shadow-banning right-wing individuals and hiding their platform from the internet. There is a distinct pattern where “social justice” accounts seem to get away with threats of abuse and even death. One being The Lincoln Project, which doxed two of Trump’s attorneys, along with their clients, by releasing personal information and purposely initiating an attack on them. Twitter has taken to censoring the Trump campaign 65 times. While his tweets may seem controversial, it is inconsistent considering his political opponent, Joe Biden, has never been censored.

Google announced they will be removing thousands of channels violating its guidelines. Newly leaked communications inside Google reveals that employees have, in fact, been suppressing conservative news outlets in their search engine, concealing countless amounts of information from the public eye. It is a direct attack on our democracy and our freedoms.

People have even claimed job loss because of their right-winged affiliation. Justin Kucera was allegedly fired for simply tweeting that Donald Trump is our president, Michael J. Dale for wearing a “MAGA” hat to work, and similarly Dave Sunderland for wearing a “Trump 2020” hat, just to name a few. This is a gross violation of their first amendment rights.

Many anti-first amendment activities have been taking place on college grounds. Leftist protesters all too often engage in violence and administrators turn a blind eye like they did at Cal State LA, Middlebury College, Berkeley, Evergreen. When violence and destruction overcame the campus, the demonstrators barely suffered any repercussions of their actions. When students cannot depend on administrators to protect and guard their rights, this becomes an overwhelming issue.

Gen Z seems to be drawn to bullying people off the internet and secluding people based on their political affiliation. Prominent individuals can be seen even having slight Republican views and then in the comment section all I see is dispute and words of hate. There should not be any fear attached to expressing your values; respect goes both ways.

After the recent events of the election, I can agree that Trump has pushed conservatives and liberals farther apart than ever. Seeing both sides is the most important thing we can do. Allow yourself to open and stretch your horizons; we are in desperate need of unity. Agree to disagree and demonstrate tolerance.