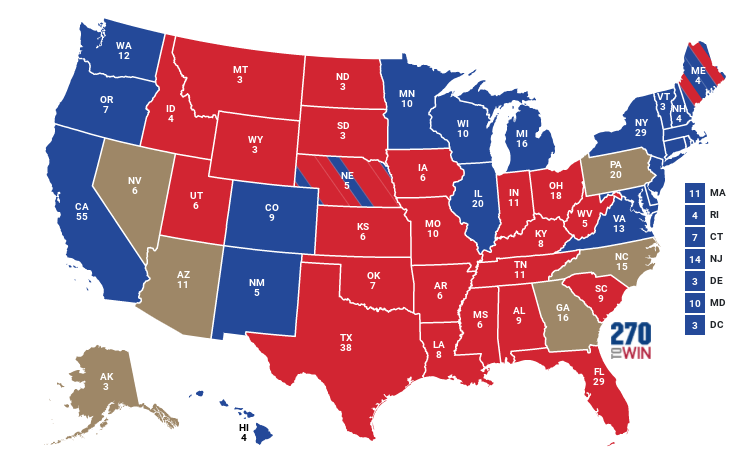 A look at the map: With five battleground states remaining, the candidates inch closer to 270 electoral votes. (Graphic by Kate Gross Courtesy of 270toWin)