Day in the life: Election judge 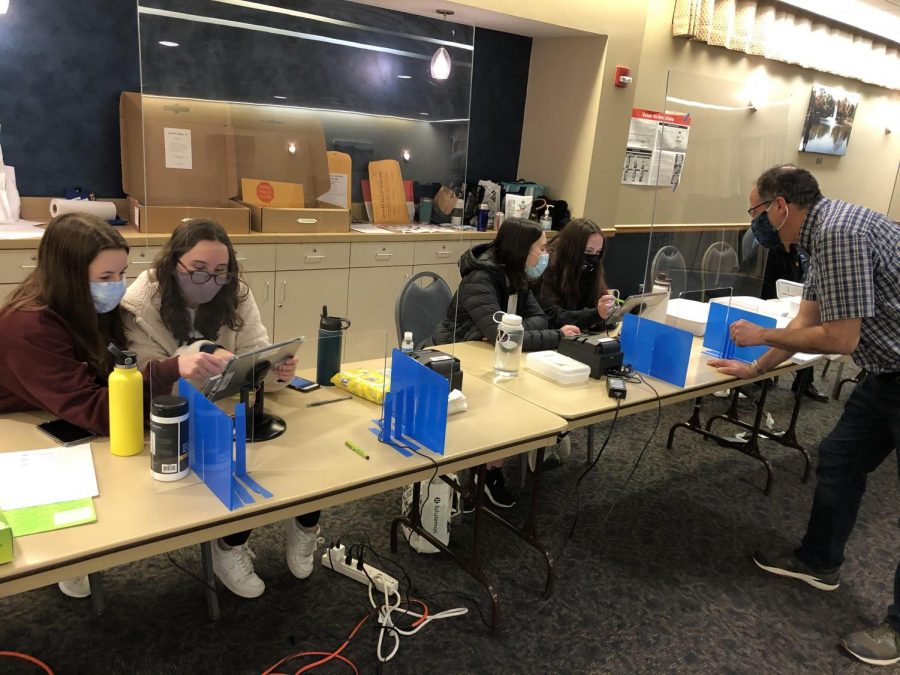 The 2020 Presidential Election is unlike one we’ve ever seen: record numbers of voters, mail in ballots, and a large number of regular poll workers unable to work this year. I won’t turn 18 until next year, and I am very frustrated that I couldn’t vote in this election. But, I turned my frustration into determination and sought other ways to help. Due to COVID-19, many of the recurring election judges couldn’t partake this year, so there was a big call for students to step up in their place. DGN had approximately 20 students step up and participate in our democracy.

My election judge experience started off by completing a quick application, dropping it off at the school for Principal Schwarze to sign, then submitting it. Once I heard back, I had to complete the training. What would typically be a 3-hour in-person training was switched to an online powerpoint presentation. After completing the incredibly long online training, which took about 2 hours, I then had to complete a 43 question test and pass to be placed as a judge.

After completing the training and test, I waited for a call or email telling me where I would be placed. When the night before the election rolled around and I still hadn’t been placed at a polling location, I took matters into my own hands and called the election judge office. I was on hold for a couple minutes and then started talking to a secretary at the office and was told that they were running very behind. They told me that the test I had passed hadn’t been processed but with the promise that I would be placed later that night, I hung up feeling hopeful and excited.

One of the jobs of an election judge is going to their assigned polling place the night before the election and setting everything up. When I still hadn’t received a call at 5 p.m., I decided to go to my closest polling place, the Downers Grove Recreational Center, and see if they needed my help. When I got there, two other student judges were helping to set up, and luckily, the head judge said I could help the next day; all he had to do was get confirmation from the department. When I was approved, I went home and set my alarm for a bright and early 4 a.m.

On election day, my alarm went off, and I sprung out of bed, nerves already running high. I jumped in the car and picked up fellow student judge Gwen Casten. We arrived at the Rec center at an eerie 5a.m., and we got straight to work.

The first thing we did was declare our political parties, required by law  to make sure that the two major parties, Democrat and Republican, were represented. Every election judge had to sign a sheet verifying that the ballot boxes were empty and ready to go.

Polls opened at 6 a.m., and by 5:15, we already had some people waiting. Once the clock struck 6, our first voters were let in. My job for the day was to check in voters using a poll pad, a new check-in device being used in this election. Usually, a voter would be cross-referenced with paper lists, but this year, we input the first 3 letters of their last name and the first letter of their first name into the database. Within seconds, their name was pulled up. The poll pad told us if the voter had been issued a mail-in ballot, had already voted, or were at the wrong polling location. Illinois is also a state that can register new voters the day of the election, and it was so exciting to see first-time voters, young and old, cast their first ballot.

The need for both parties of judges comes into effect when voters are being checked in.  Once we find their name, they sign to confirm that all the information is correct. One Republican judge and one Democratic judge initial and the voter can then move down and receive their ballot. If the person signed in has all the accurate information and doesn’t have questions, the process takes about a minute; however, it can take about 5 minutes if there are some problems.

Because of COVID-19, the push for early in-person voting and mail-in ballots was higher than it’s ever been. We had a total of 18 mail-in ballots dropped in our dropbox, and we had quite a few voters who brought in their ballot, surrendered it, and then voted in-person. The process for the latter is a little longer. Voters must fill out a provisional ballot, which is a regular ballot placed in a special envelope and sent to the county office to ensure that they didn’t also send in their mail-in ballot.

At 12 p.m., my wonderful mother dropped off sandwiches for me and the other starving student election judges, so Gwen and I took a short 15-minute lunch break to go outside and eat.

After those fantastic 15 minutes, our break had come to an end, and it was back to the polls. We worked until polls officially closed at 7 p.m. As soon as the clock struck 7, we sprang into action: signs taken down from outside, voting booths struck down, and the tabulator began to count the ballots. Gwen and I had to make our way over to Hoffman Estates to attend Congressman Sean Casten’s election night drive in party, so we were released at 7:30. After a very long but rewarding day, I went home with the satisfaction of helping almost 500 voters cast their ballot.