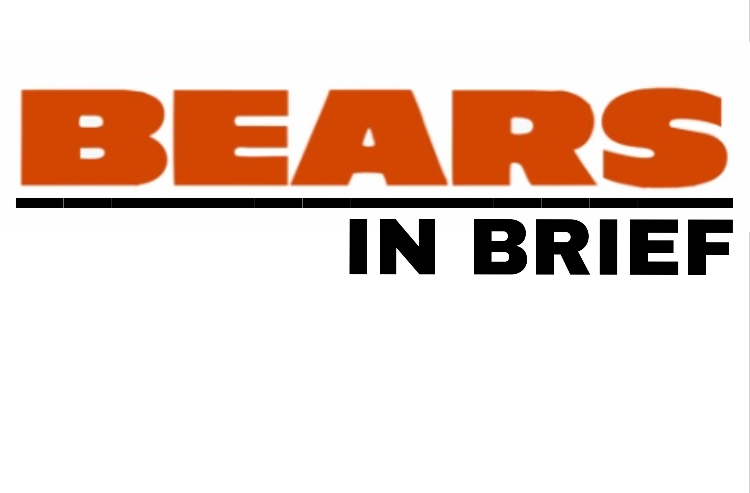 The eighth Monday Night Football matchup of this season saw the Chicago Bears travel to Los Angeles to face the Rams in their brand new, state-of-the-art stadium. It would be Chicago’s second prime time game and LA’s third. It would be a statement win for whoever came out on top, as both teams felt disrespected by the media and wanted to prove that they were the real deal. The Rams sought their first win against a team with a winning record, as well as their first against a team not from the terrible NFC East division. The Bears had a few respectable wins under their belt, but their week 4 loss to the Indianapolis Colts posed questions of their legitimacy as a playoff contender.

To be blunt, his game was an absolute beatdown from start to finish. In such an outing, there is only so much to be positive about. My favorite play of the definitely came when safety Eddie Jackson scooped and scored the Bears’ only touchdown of the evening off of a fumble forced by Robert Quinn. For fans of Jackson such as myself, this was such a satisfying moment. The All-pro safety had visited the endzone twice this season before Monday’s game, but both times the score was called back due to penalties against the defense. This play was flagged as well, but after it was revealed that the Rams’ offense was responsible and the touchdown would stand, fans were able to breathe a sigh of relief.

Buster Skrine is the worst player on the Bears’ defense. He sticks out like a sore thumb, a glaring weakness in a defense stacked with playmakers. He is undisciplined and unskilled, I see him get burned by receivers more than any other Bear, including the rookie Jaylon Johnson. On the Rams’ very first scoring drive, Skrine missed an easy interception and allowed Rams tight end Tyler Higbee to walk into the endzone for an easy touchdown. If the Bears make any trade, major or minor, I would love it if GM Ryan Pace could package Skrine in a deal and ship him off to become some other team’s problem.

I’ll cover special teams in the recap but Ted Ginn Jr. has been an absolute liability as our punt returner. Sure, he is technically second-string to the injured Tarik Cohen, but this is a guy who was known best for being a speedy, elusive weapon of a returner throughout his career. It happened so often Monday night, the Bears’ defense would get a stop, and Ginn would just stare at the punted ball and allow LA to pin them inside the 10-yard line. His 13th year in the league should probably be his last, as it has been made clear that at age 35, Ginn just doesn’t have it anymore.

I thought the offensive line played terribly. The unit, which one can argue is responsible for most of the Bears’ issues, was tasked with stopping an elite front seven, a job at which they failed miserably. LA’s defensive line is headlined by Aaron Donald, the consensus best player in the NFL, Michael Brockers, and former Bear Leonard Floyd. Foles was sacked five times throughout the night, two of which coming from Floyd, who was not resigned by Chicago this past offseason. Even on plays where no stats were recorded, the Rams still made their presence felt. The biggest example being when Darnell Mooney beat star cornerback Jalen Ramsey on a route that would have easily been a 90+ yard touchdown reception. The reason it wasn’t? The pocket collapsed immediately on Foles, who barely had time to see Mooney and was forced to chuck the ball downfield on a prayer. He missed him by around seven yards. This was a huge What If moment, and perhaps the most frustrating of the night. Mooney has already proven to be the steal of this year’s draft, and I truly believe that he can develop into one of the NFL’s premier deep threats, but there is no chance of that happening unless the offensive line gets upgraded soon.

In games like these where your team gets completely dominated by the other, there can be very few moments to like. The Rams completely controlled every single aspect of this game, especially special teams. If they chose an MVP of the game, It would almost certainly go to punter Johnny Hekker. Hekker, who is arguably a future Hall of Famer, was bestowed NFC Special Teams Player of the Week for what some are calling one of the best punting performances of all time. Every one of his five punts, the furthest of which sailing 63 yards, pinned the Bears inside their 10-yard line. He is the first player in 30 years to accomplish this feat. With no pocket room and little time to throw, Foles and the Bears struggled to advance the ball, and these possessions were over pretty quickly.

Many viewers recognized a familiar name when the Rams’ starting lineups were revealed during the broadcast. Downers Grove native and DGN alum David Edwards made his 10th career NFL start as  LA’s left guard. The former DGN quarterback was selected in the fifth round of the 2019 draft after playing three seasons for the Wisconsin Badgers. Fans will be seeing a lot more of Edwards this year, as Rams coach Sean McVay announced that he will be starting for the remainder of the season, even after guard Joe Noteboom recovers from his injury.

The Bears take on the New Orleans Saints in week 8, a team that has been tough to figure out this season. They boast a 4-2 record in which they have defeated NFC powerhouses such as the Buccaneers and Packers, but also lost to the Raiders and barely won against the Chargers. They’ll challenge a tough Chicago defense without the help of one of their stars, receiver Michael Thomas. With him out, I expect the Saints to rely heavily on superstar running back Alvin Kamara in both the running and passing game. The key to victory for the Bears will be stopping Kamara and putting together worthwhile scoring drives that don’t just end in field goals.