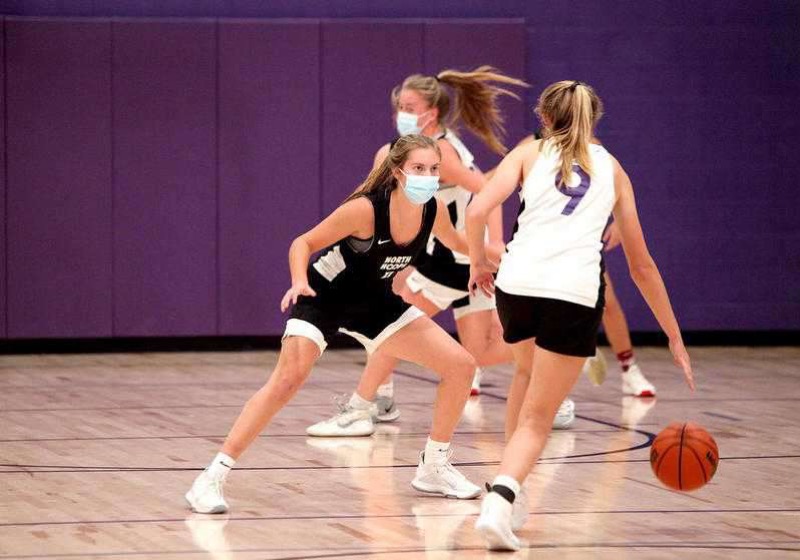 The Illinois High School Association (IHSA) initially planned to have the basketball season debut Nov. 16. Governor JB Pritzker believes that with all of the dangers COVID-19 has presented, having a season is far too unsafe to these athletes. It is unclear to many who has the power to postpone the season or let it happen, and the status of basketball has been changing daily.

Boys and girls varsity basketball have been participating in their state-mandated 20 contact days this fall, with hopes of having a season this winter. The contact days (practices that the IHSA allowed high schools to have this offseason) were completed as planned for both the boys and girls programs.

The IHSA Sports Medicine Advisory Committee (SMAC) has made various guidelines in order to maintain a safe environment for the athletes. They have established that masks must be worn at all times during the game, and they plan on enforcing social distancing on the benches and sidelines. No spectators would be in attendance of the games.

The season was threatened Tuesday when Pritzker changed basketball’s risk-level from medium to high, emphasizing the red flags COVID imposes. Various tweets posted by Pritzker made the winter season look very doubtful. As of now, Pritzker did not shut the season down, but he has changed the risk level of basketball, advising the IHSA to halt basketball themselves.

The IHSA responded to the governor’s action Wednesday and announced that they plan to have the season beginning Nov. 16. They stress that they would be heavily enforcing the safety guidelines set by the IHSA SMAC, and acknowledge the spike in COVID cases in Illinois. The board members involved in this decision feel that with all of these safety protocols in place, the season could be held without putting the health of players and coaches at risk.

With Pritzker and the IHSA on different pages, more back and forth changes could be seen in the future, similar to what has happened in the past few days. Chicago Public Schools (CPS) have already postponed their season until the spring, but hopes for high school basketball in District 99 remain alive.

As of now, the IHSA will allow varsity basketball seasons for boys and girls. Pritzker has changed basketball from a medium-risk sport to a high-risk, inferring that he suggests the season be put on hold until it is safe to play. While the possibility of basketball being postponed is prevalent, the IHSA has been and will keep fighting for a winter season, regardless of what Governor Pritzker advises.