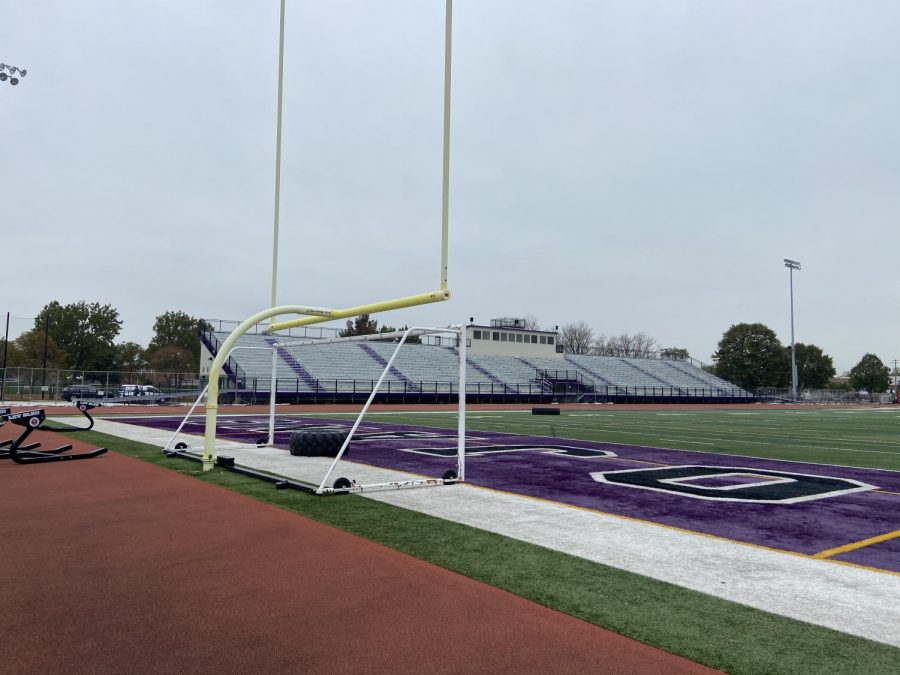 Despite the various obstacles COVID-19 has caused this fall, high school sports were somewhat of a success. Golf, tennis, cross country, and swim and dive all competed and successfully had a full season, rather seamlessly.

However, boys soccer and football, traditionally fall sports, have had their seasons postponed, which will impact their seasons severely (shortened seasons, non-desirable weather… the list goes on).  This fall, boys and girls varsity basketball have been practicing twice a week, and their season will begin November 16, with the first games being held on November 30. Once considering basketball is an indoor sport with sweaty players bumping into each other touching the same ball, it made me question: how is it possible that basketball is having a season, and soccer got postponed?

The only answer that came to mind was that basketball is a popular sport that the IHSA prioritized over boys soccer, and therefore soccer got the short end of the stick.

Club soccer teams have been practicing and even playing games since the summer. In fact, local club teams are competing in tournaments as we speak. There is very limited man-to-man contact in soccer, in fact, too much contact usually results in a penalty.

With basketball, there seem to be various red flags that pop up when you think about COVID restrictions. Basketball games are indoors, with 10 players sprinting up and down a relatively small court. The basketball is touched by the hands of all 10 players, spreading germs to any and every player that touches the ball. While it is not a “contact” sport, pushing and shoving is very prevalent in both boys and girls basketball.

It does not seem fair that basketball is having their season while soccer gets postponed. Some may say it isn’t a big deal, and soccer will still have their season this spring. But when you look at all the facts, it is a big deal.

The primary season for boys club soccer is the spring. Soccer is a year-round sport. In past years, fall has been high school soccer season (club soccer goes on hold), and when the fall season is over, club soccer resumes with winter training, a spring season, and then in the summer, players go to their high school camps. However, now that high school soccer is in the spring, players must choose which team they will participate with, club or high school. The IHSA has said that players are now allowed to play both club and high school sports during the same season, but if players choose to do so, their schedules will be nearly impossible to manage.

The IHSA disregarded all of this and has ignorantly taken away the high school season for all club soccer players. It seems clear that soccer is much safer in terms of germs being spread than basketball. Regardless, they’re both medium-risk, so the question remains: why is basketball having their season while soccer got snubbed?

Basketball has been placed on a higher tier by the IHSA than boys soccer, and it is just not right. There are more basketball players than soccer players, and yes basketball has more fans and supporters than soccer does at the high school level, but that does not begin to justify this decision. The IHSA did what they had to do to satisfy basketball players, and disregarded the frustration they would cause the soccer community. This decision was rather heartless, and in my eyes has put the IHSA in an even more negative spotlight than they were already in.