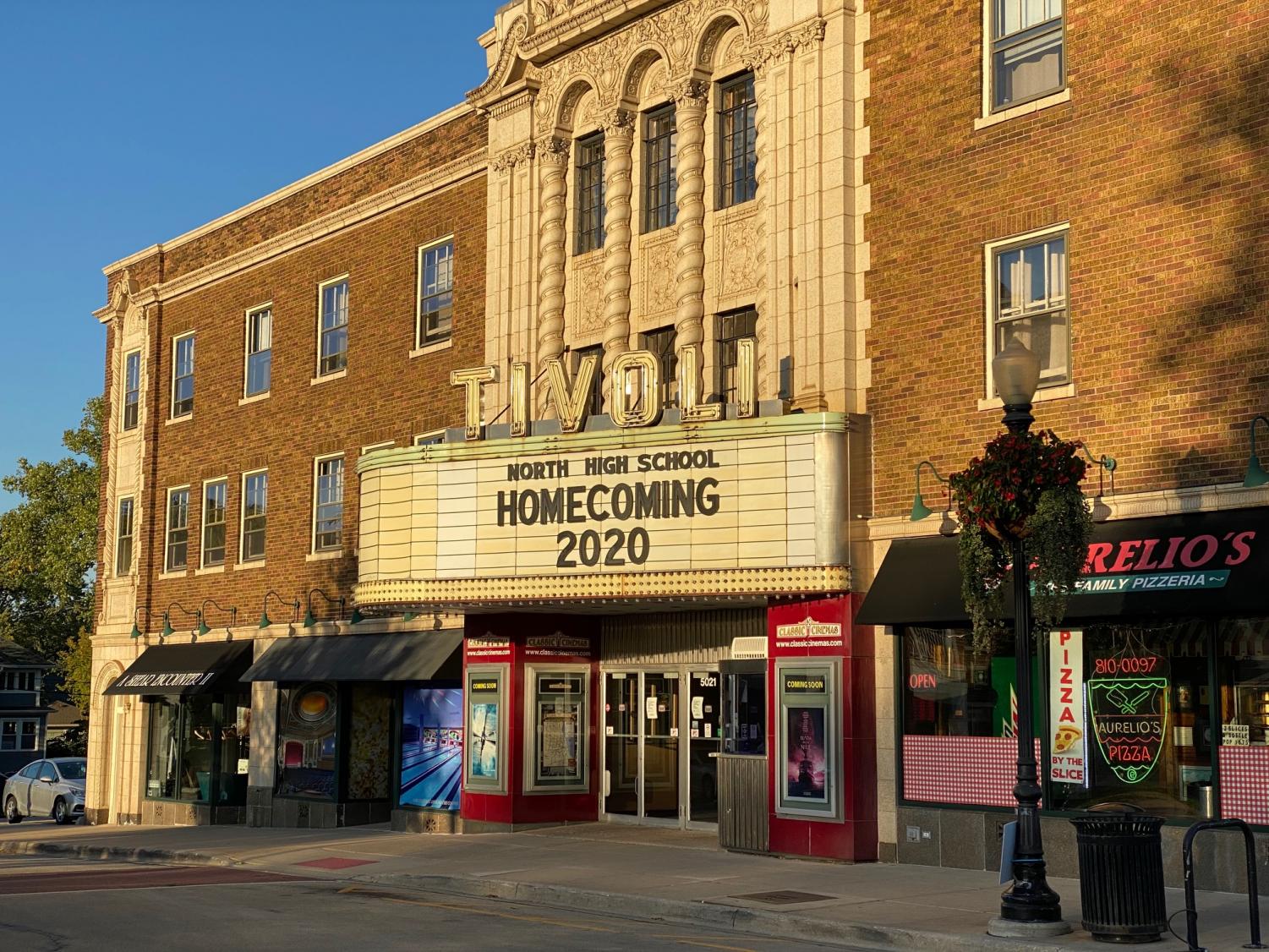 “Because we were forced to think about things differently, we came up with some new and different activities like scavenger hunts and the drive-in movie,” Student Activities Director Mark Mirandola said. “In us developing those ideas, we’ve created something we can continue for years to come.”

Homecoming Week 2020 was faced with a unique difficulty this year: a lack of the Homecoming dance. However, despite this loss, new events were created in order to pull off a week that was safe and full of school spirit. In order to set the tone of the week, the class board’s of 2021, 2022 and 2023 decorated the entrances of DGN with window paintings, balloons, chalk and more to welcome freshmen students and staff.

“I know students and staff enjoy seeing the thoughtfulness of the decorations any time we do that,” Class Board of 2022 Sponsor Erin Moore said. “Traditionally in the past, class boards have decorated based on [the] Homecoming theme as a contest, but because Homecoming looked a bit differently this year, it was nice for these groups to be able to continue that tradition.”

“We wanted to recognize more students that are doing the right thing and that are being voted by their peers without being limited to a single male and female student,” Mirandola said.

Senior Emmitt Thulin, one of the five students selected for the Homecoming Royalty, appreciated the notion and positive recognition that is associated with being chosen.

“I love North and knowing that all of my peers and teachers think of me as a person who can represent the school well on the court makes me feel good inside,” Thulin said.

Throughout the week, students were encouraged to participate in dress-up days in the following order: Pajama Day, Tie-Dye Tuesday, “Who Ya Rooting for Wednesday?”, Throwback Thursday, and Class Colors. As an incentive to participate, five gift cards were given out each day to students that chose to share their photos on social media or email them to Mirandola.

While dressing up is usually a high-participant tradition at school, being at home lowered engagement, though was still encouraged.

“I didn’t expect to have a ton of students dress up,” Mirandola said. “School feels different in your bedroom or the dining room of your house, but we still gave students the opportunity to do so if they wanted to.”

Senior Elisse Martin was still an active participant in dress-up days and enjoyed the fun they brought to her week.

“It’s my senior year and I feel like doing small things like participating in Homecoming Week can make this school year a little better,” Martin said.

Each year, Student Council organizes a food drive where one can donate a canned good to receive a free scoop of ice cream at Every Day’s A Sundae. To avoid crowding the store this year, procedures changed to still allow students to drop off their items for a ticket.

“I’m really impressed with how we were able to make our ice cream social happen this year and I can’t wait to see what we can figure out for future events,” Fleming said. “This year we’re going to have to figure out how to do a lot of our normal activities and traditions in a safe way, but I think that for the first event we did our very best under the restrictions that we have to follow.”

Despite the changes in arrangements, the event drew in many donors and nearly 400 canned goods were collected and sent to a local food pantry.

Junior Mary Kosowski participated in the hunt with junior Stella Bank and found the experience to be extremely fun and considerate.

“Stella and I worked as a team really well which made us finish quickly,” Kosowski said. “It was very thoughtful of the faculty to provide us with so many opportunities to win prizes and have some enjoyment during Homecoming week.”

Another new addition to Homecoming Week this year was the drive-in movie that showcased Ferris Bueller’s Day Off on the big screen. 50 cars and 15 students, sitting in lawn chairs, attended, selling out the event.

“I think that for a first-time event in a pandemic where we had to have restrictions in place I was overall really happy with it,” Mirandola said. “I’m confident that if we do something like this next year it will be extremely successful.”

To conclude the week, a virtual assembly took place Oct. 10 at 7 p.m. The video featured student performances and recognized in-session teams, as well as other DGN activities.

Senior Delaney Durbin, one of two emcees alongside Reese Isacson, loved the affair.

“I had no idea what to expect this year, but Mr. Mirandola really found a way to make emceeing as spectacular and fun as it could be,” Durbin said. “When Mr. Mirandola told us about his plan and asked Reese and I if we still wanted to be a part of it, I’m pretty sure we were both 100 percent in.”

Durbin and Isacson worked together to create a script that showcased new features of DGN while still keeping safety measures in mind. On their first day of filming, they got to work with the Homecoming Court and hyped them up as they walked down the purple carpet.

Though a script was made, however, a majority of the emcee’s footage was raw and unplanned. Filming took place throughout DGN without a teleprompter and the camera crew worked in various locations around the new renovations.

“The whole experience was wonderful, despite not being anything like what I expected, and it will definitely be something that I remember forever,” Durbin said. “I learned so much from all of it, and we all had a great time.” 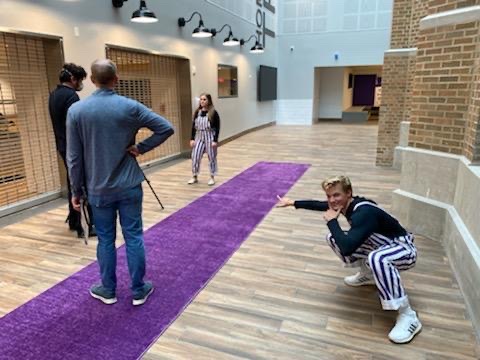 After the turnout rate and success of the drive-in movie, scavenger hunt and virtual assembly, Mirandola is confident that such events will return in the future. Despite there being a lack of an actual dance, new traditions have been formed that will continue on.

To wrap up the week, Principal Janice Schwarze wrote that, “the Homecoming activities were a big success,” in an email sent out to students on Oct. 12.

Though it is unclear what next year’s plans will look like, Mirandola is glad that changes were able to be made that adapted to the current circumstances.

“Ultimately what we tried to do was meet students where they’re at,” Mirandola said. “[We] tried to make things as simple as we could so that participating was as easy as possible.”