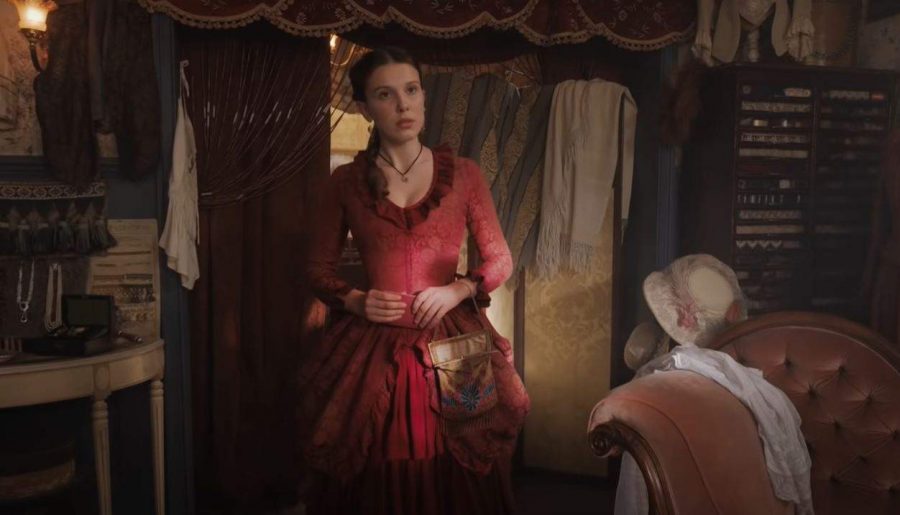 A fun and unique idea, Enola Holmes is based on a series of books by Nancy Springer centered around Sherlock Holmes’ sister that was not prominently featured in his life. What makes the film so enjoyable is its accessibility;  even if you don’t know anything about Sherlock Holmes, you can still follow along.

Lead actress Millie Bobby Brown plays Enola Holmes as a teenage girl who wants to be independent, which breaks societal norms at the time. Her adventurous spirit and tom-boy personality make her an outlier. Breaking stereotypes during the time period, her character stands for power for women.

Still, she uses her intelligence and puzzle-solving skills to get her way out of situations and out smart the others. Brown does a wonderful job portraying her character and fits the role completely.

From tricks to martial arts, Enola Holmes’ mother teaches her everything she knows. On Enola’s birthday, her mother disappears. She spends the movie looking and using clues to find her mother while running into many bumps in the road along the way.

One major halting point was when she met Lord Twesksby (Louis Partridge), who brought in some romantic flavor to the film. Enola meets him along the way and helps him not get caught because he escaped from his family and was in danger. This fun, crazy couple keeps you invested in their relationship.

The film itself functioned as a great period piece. The costumes were designed and depicted the time period thoroughly. In particular, Elona’s wardrobe was very impressive and designed elegantly. The setting of the movie is in the 1880s in London and the props and set help enhance the feel of the time.

Though the ending didn’t give me much closure, Enola Holmes is definitely worth the watch. Even if you aren’t a mystery fan, it will probably be one of the newest movies you’ve seen since March. In fact, it is quite entertaining and an appropriate watch for everyone. 4/4