Face the facts, wear a mask 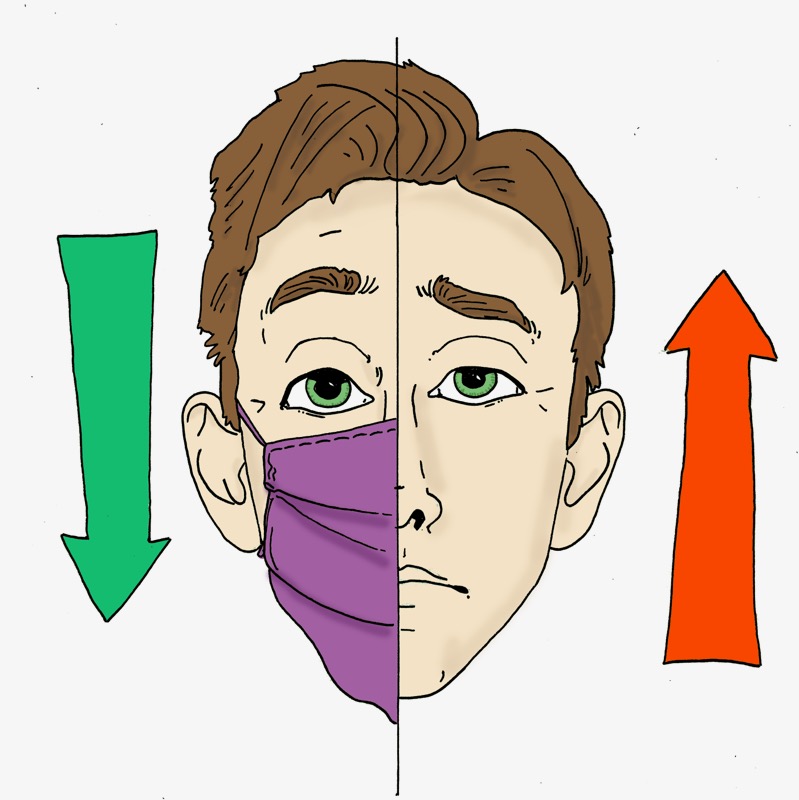 It’s been over half a year since the COVID-19 pandemic entered the nation, and wearing masks has quickly transformed into a norm. Nevertheless, countless people politicize, question and challenge their use and refuse to wear them, despite risking many others’ lives, health and safety.

During the COVID-19 pandemic, masks have proven significant value in regulating the amount of diagnosed cases. However, according to a Forbes article published May 6 by John Brandon, a study has disclosed that only 55 percent of Americans wear a mask– and that’s concerning. Not only are they putting themselves at risk, but they are just prolonging the impacts of the virus, making it worse for the rest of us.

I’ve spoken to many who have downplayed the importance of masks in present times. The majority stated that ordering people to wear masks is an abuse of freedom and individual rights, and got very political. Though I can understand their perspectives, this virus is unlike anything present generations have faced–both in itself and in what follows. It’s a change. And with every change comes sacrifice. This isn’t about politics and what is “right”–it’s about ethics and what’s fair. The facts say it all.

According to an NBC News article published July 1, University of Iowa College of Public Health researchers approximated that we’ve avoided roughly 230 to 450 thousand COVID-19 cases by ordering the use of masks. And, data from the Institute for Health Metrics and Evaluation model by the University of Washington showed that if roughly 95 percent of Americans wore one, we could prevent around 33 thousand deaths by next month. So, not wearing masks on any political or lawful grounds would be a great disservice to the American public.

Although, there’re additional claims and speculations connected to the backlash of wearing masks.

According to the NBC News article, one recent theory amplified by social media is that facial masks can lower blood oxygen or even accumulate carbon dioxide in the body. That makes sense enough. The article later disclaims this, however, explaining that masks do not do any such things.

On another note, the Forbes article cites another potential reason many may refuse to wear a mask.

Chief of Infectious Disease at Saint Peter’s University Hospital in New Brunswick, N.J. Dr. Henry Redel, who the article sources, believes that people are reluctant to wear masks as they have adjusted to using their face to convey emotion and interact with others. That seems pretty reasonable. But, just because we do not want to adapt to something doesn’t mean we aren’t able to.

Please, don’t disregard the importance of something on lawful grounds at the expense of others’ safety. Refrain from drawing conclusions from social media, where anyone can say anything regardless of its validity. And remember, just because people may have to experience a small modification with a lifestyle they’re already used to doesn’t mean they aren’t able to–because, for the better of the American people, they have to now.

In the end, there is no reason not to wear a mask. While the arguments many people maintain about not wearing one may sound logical, they are in no way a justification for people to put others at a disadvantage for the sake of their opinion. People need to put others first and prioritize their safety over their own sanity. One person who wears a mask can spare the life of another. Together, we can stop this virus.

Together, we can conquer.