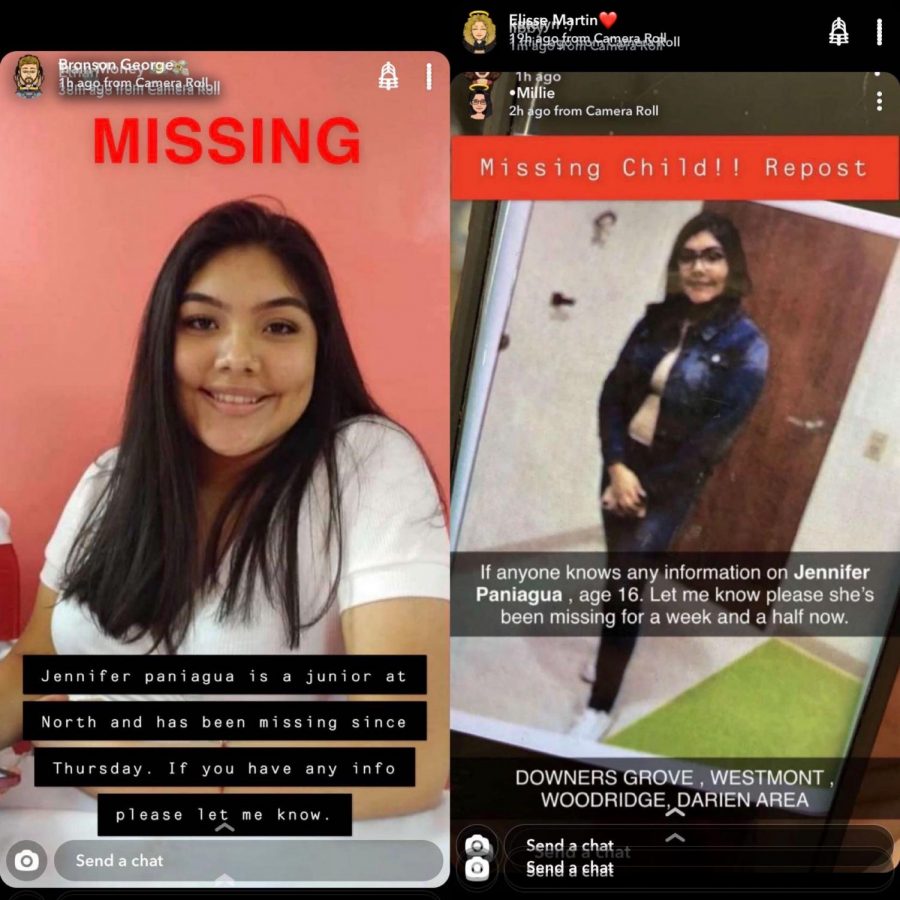 MISSING STUDENT: several different pictures of Paniagua have been posted and reposted by DGN students and alum throughout the last few days.

**UPDATE** PANIAGUA HAS BEEN FOUND.

Junior Jennifer Paniagua went missing Thursday night and has not returned, according to several posts on social media platforms from students as well as one on MissingIllinois.

The website’s post states that Paniagua was last seen “at [her] residence on Rogers Street in Downers Grove, telling a family member she was going out with friends, leaving all her personal belongings behind including phone, wallet, purse. She had no money, phone, or transportation.”’

The Downers Grove Police Department stated in addition that Paniagua is a Hispanic female who stands 5’3” and weighs 120 pounds, and has long brown hair and brown eyes. They have no further information to give but assured that they are actively investigating the matter.

“As of this morning, she has still not been located. We do not have any new information at this time. Our investigators are actively following up on information to locate her as soon as possible,” DGPD support services manager William Budds stated.

Anyone with additional information regarding her disappearance or whereabouts is encouraged to call the Downers Grove Police Department at 630-434-5600.